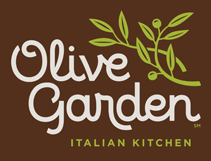 If you’re in the Portland, Oregon area on Friday (February 12, 2010) then stop on by the Olive Garden restaurant in Lake Oswego for some old-fashioned, face to face, EDA networking. We run from 11:30AM until 1PM.

Agenda
Bring a friend, have business cards to hand out, and be ready to give a self-introduction on who you are and what you’re working on.

Barbara Siefken – The Columbo of Program Management. Teaching Project Management classes for people seeking certification with the Project Management Institute. Prospecting for a company that makes your web site friendly for phones, www.developmentnow.com .

Doreen Gurney – Marketing at digital data innovations, a multi-protocol packet processing IP company. Going to a Technology Summit show in San Jose later this month, the show has a focus on Ethernet.

Bob Ross – www.Teraspeed.com, IBIS committee was very active at DesignCon (since 1996). Four sessions at DesignCon, all technical. All day IBIS meeting with 56 people, 12 presentations, biggest show of the year, associate sponsor. Setting up a meeting in Europe on signal interconnect. DAC meeting planned for IBIS (IO Buffer Interconnect Specification). Touchstone spec also being worked in. IBIS is a Non-profit organization.

Keith Lofstrom – Founder of www.Server-Sky.com , a start-up to put data servers in orbit powered by the Sun. Background in analog design. Building up his team first, making presentation to find more volunteers, eventually will seek funding. Maybe Google will be interested.

Susan Cain – Founder, Cain Communications. Had client eSilicon at the DesignCon show, they had three panel sessions and a booth. An increase in attendance this year.

Manny Muro –  CEO and Founder of Digital Data Innovations. CoWare was just bought by Synopsys so what is going to happen with the Processor Designer Tool that we are using? Will PD Tool be going away? The CoWare rep says, “Business as usual.”

Rick Clements – www.linkedin.com/in/rickclements1 Embedded SW development and testing, continuing on a contract with Azuray. Done power optimizers in Solar, DTV and EDA tools. Available for another contract or full-time.

Alan Coppola – www.optngn.com founder. Working on next release of a FFT library, will be able to buy 334 different instances across Xilinx, Altera, Mentor Precision (vendor independent to 10 different companies). Represented an Open FPGA organization at a workshop in SF recently to talk about super-computing. GPUs are popular for super-computing.

Daniel Payne – Presented a DAC pavilion proposal on SPICE circuit simulation, and hope to hear back soon if it’s accepted. Working on an evaluation of the Altium NanoBoard product for FPGA users. Planning to moderate a webinar with Synopsys. Our Plaxo group is back, http://eda.plaxogroups.com . Will start blogging at www.edacafe.com