AMBA AHB Subsystems and How to Customize, Secure, and Verify 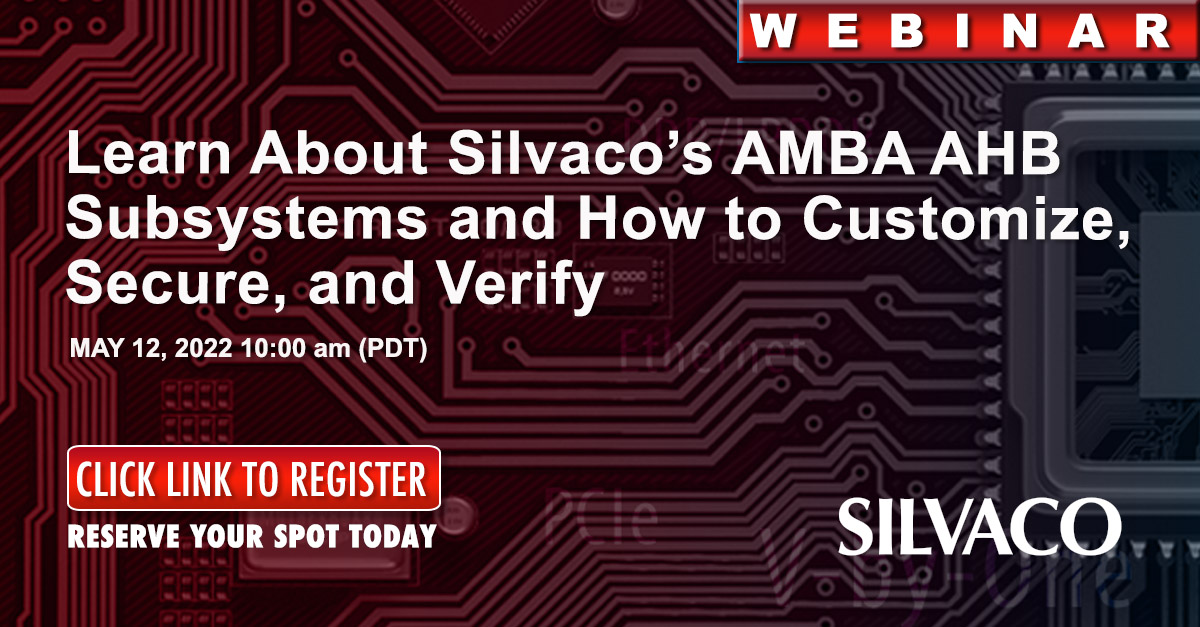 AMBA is a set of interconnect specifications that standardizes on chip communication mechanisms between various functional blocks (or IP) for building SOC designs. Silvaco’s AMBA AHB subsystems provide the basic interconnect and functional subsystems enabling SOC designers to target products such as IoT Devices, Medical Devices, Industrial Controllers, Wireless Gateways, and many more applications.  These designs typically have one or more micro controllers or microprocessors along with several other subsystem components.

This webinar will provide an overview of the AMBA AHB subsystems and products offered by Silvaco. Some topics of discussion include Channel vs. Fabric architecture, low power, customization, hardware- and software-based security, and co-verification of the hardware and software.

What You Will Learn